I used to work for a company that hired a lot of translators. But they weren’t linguists.

The role was one of “forward support representative.” A former soldier would serve as liaison between the engineers designing new technology and the soldiers using it.  (For instance, picture a technology that tells you where a gunshot came from, or allows you to fire rounds faster and more accurately.)

They come at the problem set with different perspectives, different assumptions, and different measures of effectiveness. This reality – often unacknowledged – can be a major obstacle to successful fielding of military technologies, which go through countless iterations to make sure they solve problems without creating new ones.

The solution – the forward support representative (FSR) – was quite successful. With a relatively small time investment, they were able to sit down with the engineers and learn their language. Then they “embedded” with military units who were using the prototypes in war zones. Given their backgrounds, the FSR’s quickly assimilated into the units and learned their unique challenges and “dialects.” The next step was to pass information back and forth between designers and soldiers. What worked, what didn’t. What should be improved. What can’t be improved because of design limitations…and how to work around that. The end result was a product customized for the precise needs of the end user.

This can be compared and contrasted with the software beta testing we see with Apps. In this case, the “engineers” talk directly with the end user through an open dialogue on bugs and features. The “spoken language” is close enough that there’s no need for a translator.

But many of us encounter situations in our work that absolutely require this kind of translation. And as leaders, it’s a given.

Take, for instance, a nurse. My wife is a Registered Nurse in “post partem.” That’s where moms and babies go after delivery until they leave the hospital. Chances are, if you were born, you were cared for by a nurse like my wife.

When a doctor comes to the floor, he or she speaks a certain language and has a specific perspective on the patient’s situation – largely framed by the doctor’s education and past experience with many other patients. The patient, on the other hand, does not speak “doctor,” She may not fully understand what is going on, and may have a very unique situation. Enter the nurse. The nurse is fluent in medical language, but she is also “embedded” with the patient, and is actively learning her world, her language. She is able to translate doctor’s orders in a way the patient can understand, and advocate for patient needs in a way the doctor can understand.

As leaders, we encounter situations every day that require translation. We have to understand the assumptions, motivations, and perspective of different individuals – or groups – and help them to understand one another. This is a critical leader competency.

Two team members who don’t see eye-to-eye? It is the leader’s task to understand what is going on with each and where the disconnect lies.

Directives from higher headquarters that team members are resisting? It is up to the leader to understand the directives and take the time to translate in a manner the team can understand. And if “higher” has overlooked something critical about the team, the leader musters the courage to go have that conversation.

What are the “languages” that you translate? How have you been improving? Join the conversation below! 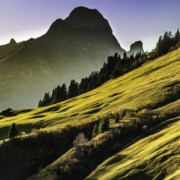 The Advantage by Patrick Lencioni 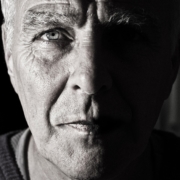 Facilitation – The Land of Opportunity
0 replies

Want to join the discussion?
Feel free to contribute!

Outsider Consulting emerged from lessons of leadership success and failure on the battlefield and in business.

Outsider’s home office is located in Scottsdale, Arizona, but we travel all over the world for events and speaking engagements.

Trophies or Harsh Debriefs – Who Needs What Feedback?